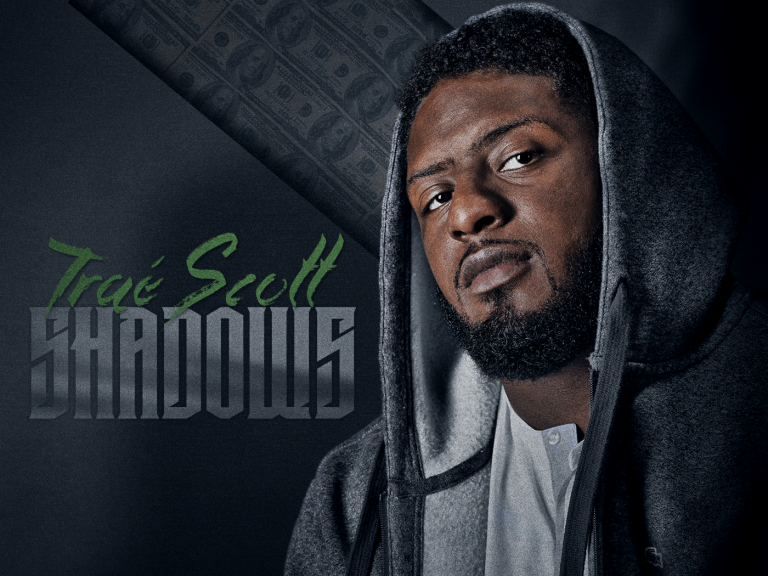 It’s been said that some of the best hip-hop songs have the power to pull energy, excitement and raw emotion out of you. Swirling rhapsodic metaphor on his songs, Montrae’ Davon Scott, who goes under the moniker Trae’ Scott, is a rhymester that has that instinct. Rhymes wrap around his lyrical style, dialing up a sense of verses and flow that would remind you of the real, poetic hip-hop MCs you don’t see anymore.

The thought-provoking lyrics and rhythmic sounds on his debut album, MAN OF MYSTERY, is a fusion of hip-hop blended in soulful melodies, which he describes as “mellow hip hop rap.” The title is inspired by his mystique – “a very optimistic and very hard person to disturb,” he reveals. In a world that feeds a lot of negativity in these times, he prefers to think of himself differently – more optimistic than pessimistic on life, which he hopes to convey in his music.

Written solely by Trae’ Scott, the songs on the EP are sketched out scenes as he recasts his own personal life lessons. Each track is influenced by some of the bad choices he’s made during his journey, but the encouraging lessons he’s learned along the way. Trae’ portrays his music as “life as it should be. Fun, eccentric and exciting, while touching on genuine issues and universal subjects.” Realism!

Artists like Kendrick Lamar, J. Cole, Drake, and rappers Mos Def and Black Thought are named as his music inspirations for their thought process and lyricism. But he confesses that he gets his feeling and wisdom from the soulful, raw emotion music of some of the most influential 80’s and 90’s R&B and funk singers of all time, like Marvin Gaye, the Isley Brothers and GAP Band, to name a few.

Music and songwriting was not his first goal as a career. As a gifted athlete he was on a course to becoming a professional football player, holding down the positions as a quarterback and linebacker during high school and in college. But, when he wasn’t running out on the field playing against his opponents, he’d be in his dorm writing songs, taking on the same aggression as he did on the turf.

It was during this time that hip hop had taken a hold of his life. Trae’ knew he had to make a sweeping change in his game. Nonetheless, he stepped away from college to separate from his attachment playing football, to putting his energy into his passion in making music. As a result, MAN OF MYSTERY was born.

The first single release, “Choices,” is an effectively catchy track and reminder of how well Trae’ Scott rhymes. He opens the track with this couplet: “Roll up check the phone / see what's going on / shawty sent a lil pic an said she home alone / I jump fresh like frebreeze / then I easy / to her spot / blow my trees / get the top / before I leave / she told me bout the white party / said her and her friends gettin naughty / vale take the keys to the Ferrari / the host yellin Trae' Scott welcome to the party.

A few verses later, he raps, “Am I really ready for this industry / surrounded by ppl that's giving money for sympathy / blinded by ppl that's tell me that the envy me / all be cuz I rock a gold chain the jeweler sent to me / it's crazy what these ppl call love / wish we could go back to how it was”...

“Shadows” talks about people who appear from nowhere once you make it and start making money, while “High” reveals the feeling of being intoxicated from lyrical contents being sung in a good song. Trae’ keeps his pace on other entrees’ like “Fear” and “Dark Side,” which touch on emotions, decisions and reality.

Born in Pennsylvania but raised in Atlanta since the age of 6, Trae’ Scott is an only child who grew up around a decade of soul music. His mother loved the R&B sounds of artists of the 80’s‘ and 90s, like Mary J. Blige, and Luther Vandross to Brownstone – music that still resonates today. While his father was a fan of hip-hop artists like Rakim, NWA, Nas and Jay Z, who enjoyed rapping about hood stories. Life wasn’t bad at all being raised in a household by both parents - he reminisces about the fun times he had growing up as a kid.

MAN OF MYSTERY, produced by CSP Music Group and the production/engineering team, Max and Mr. J., will be released on Mason J Records. The first single from the EP, “Choices” is scheduled for release on iTunes the first quarter of 2016.

As Trae’ Scott contemplates the release of his upcoming EP while he lays down the pulse and poetic verses to his music in CSP’s recording studios, he reminds himself of a saying his close friend told him: “if your dreams don’t sound crazy to other people you aren’t dreaming big enough.”