I'm sure there will be some video recaps released soon about this event. Since this was my first time at a URL Event I brought along the K.U.S.H. Camera and worked on a networking/photography only level. The opinions are mine entirely and do not represent those of the entire K.U.S.H. LLC. (Smart Alix) 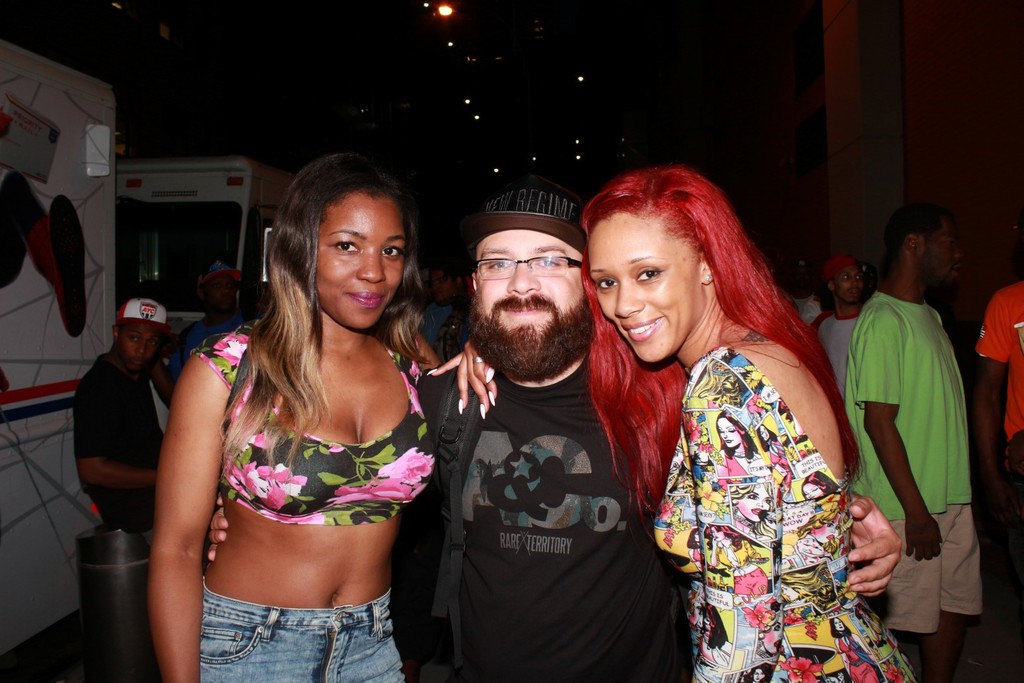 Sunday June 8th, I attended the Smack/URL Proving Grounds event at Tobacco Road in Manhattan. There were 8 battles on the card and 7 of them were completed. The Saga vs Black Mugga -- Opening battle of the night. Black Mugga is from Philly. The Saga is from Queens and is a Christian emcee, free of cursing in all of his material. I gave this battle to The Saga, 2-1 taking the 1st and 3rd rounds but there were a LOT of different opinions in the building. It will be a debatable because Black Mugga had a lot of material to offset The Saga's Christian style. I'd rather let this battle drop and allow the fans to make their choice and I'm sure it will be based on preference more than anything.

Uno Lavos vs Joe Law - 2-1 Uno. Uno Lavos is a battle rap veteran from Philadelphia and he was matched with Joe Law also from the 215. This was my first time seeing Joe Law and he was prepared, he showed up with a custom t-shirt with Uno's picture on it that I won't spoil what it said, but it definitely explained his approach to this battle. Uno has already a good fan-base battling on other leagues (KOTD and Don't Flop most recently) His style is very unorthodox but also very crowd friendly. A lot of his setups are freestyle followed by a punchline that he has already crafted. Because of that delivery there is some herky-jerky to his cadence that most URL crowds aren't familiar with. I can say that if DNA and Charlie Clips didn't freestyle so much recently on URL main stages that Uno may have been booed or got no reaction, but URL crowds are getting used to the freestyle element and welcomed Uno pretty well. UNO went first. The 1st Round was full of jokes by each emcee, UNO came with what felt like 3 minutes of material but stumbled at the end and called time on himself. I felt like had UNO simply ended the round without attempting to continue, he would have made this round debatable. Ending the round on a stumble kind of gives this round to Joe by default, but Joe came with a solid round full of jokes and ethnic attacks on Uno's latino heritage. He definitely had the crowds attention with his relentless attack that once again was sold by the custom t-shirt he wore. Uno responded and clearly took the 2nd round, mixing in jokes, rebuttals, and reality check bars about Joe's status in battle rap versus his own and the crowd was definitely supportive of it. Joe Law's 2nd round was VERY similar to his first but without the same kind of steam and the jokes began to wear thin on the crowd. Uno's 3rd Round seperated him from Joe Law with more rebuttals and reality check bars that the crowd definitely were into and he ended his portion of the battle on a good note. Joe Law's 3rd was a big drop in momentum as he began the round with generic battle bars that could have applied to any opponent and were a big contrast from his previous two. Overall I give the battle to Uno Lavos 2-1, and I'm sure the footage will support that. 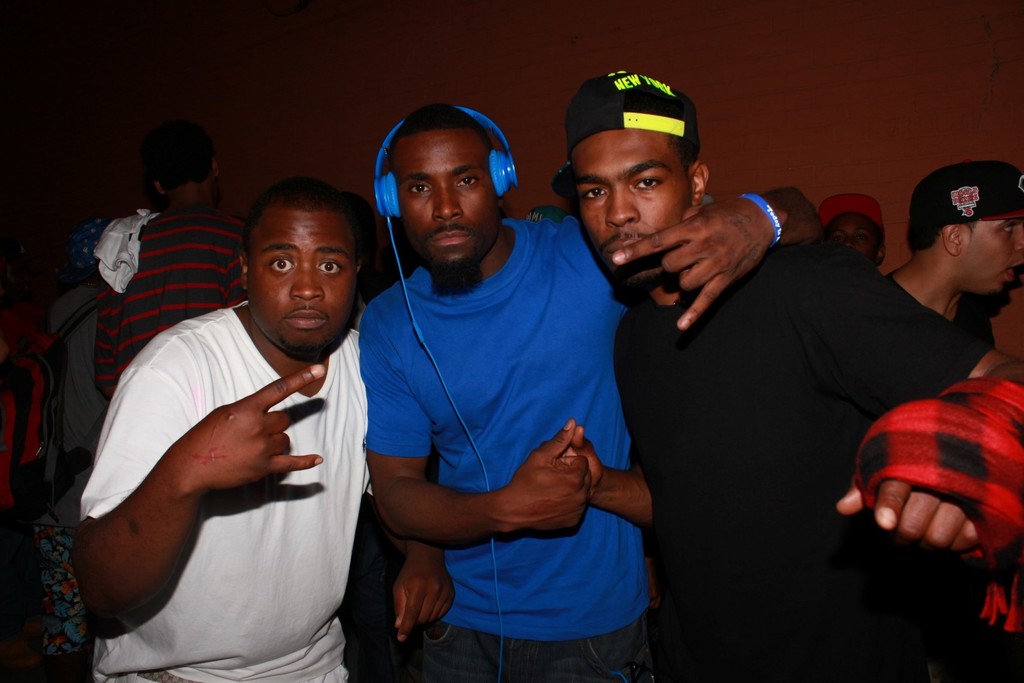 Black Smif vs Showoff - 2-1 Showoff, Everything that fans and supporters of Showoff have been waiting to see occurred at this battle. 3 Rounds free of chokes and any major stumbles, ShowOff took this battle pretty clearly. I can't say for sure which round Black Smif took, but he definitely came prepared with a lot of witty bars and flips. Smif has a calm demeanor and his voice doesn't carry his aggression with the same energy as Showoff. That played a role in how the crowd reacted to his bars. Black Smif is definitely worthy of another PG and I'd like to see him vs Citty Towers as their styles are a better match for each other. The footage may swing the opinion on this battle as Black Smif definitely had punches that went over a lot of heads in the building, but I don't think they were enough to really offset Showoff's aggression and attacking style. The footage should clearly show the change in demeanor of each emcee as the battle progresses and you should be able to see Black Smif's demeanor and confidence change as the battle progressed. Brizz Rawsteen vs Young X -- BATTLE OF THE NIGHT !!! I won't spoil this battle in any shape form or fashion. Hosted by Charlie Clips and Goodz, all I will say is that both Clips and Goodz left the stage saying " I don't want no parts of these two !!!" Must watch when it drops on the URL Channel T Top vs Cityy Towers -- T Top 3-0 clear win, Cityy Towers spit 3 solid rounds but each of them felt short due to little crowd reaction. He also has a style and voice that did not carry his energy to the crowd very well. Each of T Tops rounds were consistent with his style of hard hitting reality rap, comparisons of his authenticity to his opponent and an occasional hay-maker to keep the crowd excited to hear more. His 3rd round was the most epic due to some issues on stage and the momentum he generated in his 3rd shook the room. There were a couple of issues during this battle that may cause it to appear off or not in sync on camera. Cityy Towers continued to mouth out T Tops punchlines all battle, well at least the ones he could anticipate. This DOES NOTHING good for a battle on camera. I repeat NOTHING and looks stupid on stage and even worse on camera. This is a common problem with Battle Rap overall so I can't fault Towers too much, but it takes nothing away from the emcee's content and only makes them look bad trying to finish their rhymes. 2nd, Cityy Towers brought a supporter on stage for the battle and this guy continued to interrupt the battle throughout. Eventually by the 3rd round he had to be taken off stage to allow T-Top to complete his round. I promise you that this was the best thing that could ever happened for that 3rd round and if this battle does air, you will see why. I like Cityy Towers and I think he learned a lot from this match and we all should see that in his battle. Cityy did explain that it was his blood relative and he couldn't abandon him, but that doesn't excuse his supporter's behavior at all. 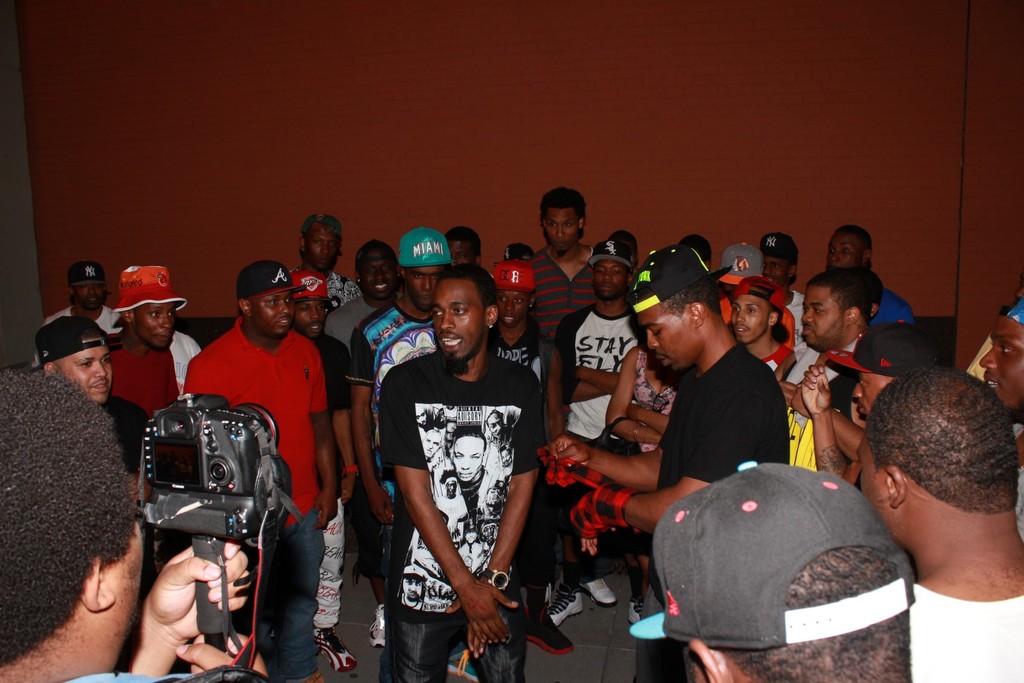 Bad Luck vs Reeper Rell -- Outdoor battle on the streets. Unfortunately this battle took place outside on the street and may wind up in the vault due to the quality of the street sounds and footage. I gave the battle to Reeper 2-1, giving him the edge in the 2nd round and a clear 3rd round. They matched each other in the 1st, but Bad Luck was clearly prepared for Reeper and had some name flips that definitely swung the crowd.

Ace vs Hazey -- I didn't watch all of this battle but from what I saw Hazey took this battle pretty convincingly. Ace has some style and flow issues to work through and Hazey was just way too polished for this match-up. This battle was a definite example of how an emcee's flow and cadence can affect crowd interest. Ace has a conversational style that can lead the listener away from the punchline and that happened to him in each of his rounds. Hazey on the other hand clearly kept the crowd lined up for each punchline and used the PGs as an opportunity to pick on Top Tier emcees.


Yung Rik vs Chess -- Battle will be rescheduled. 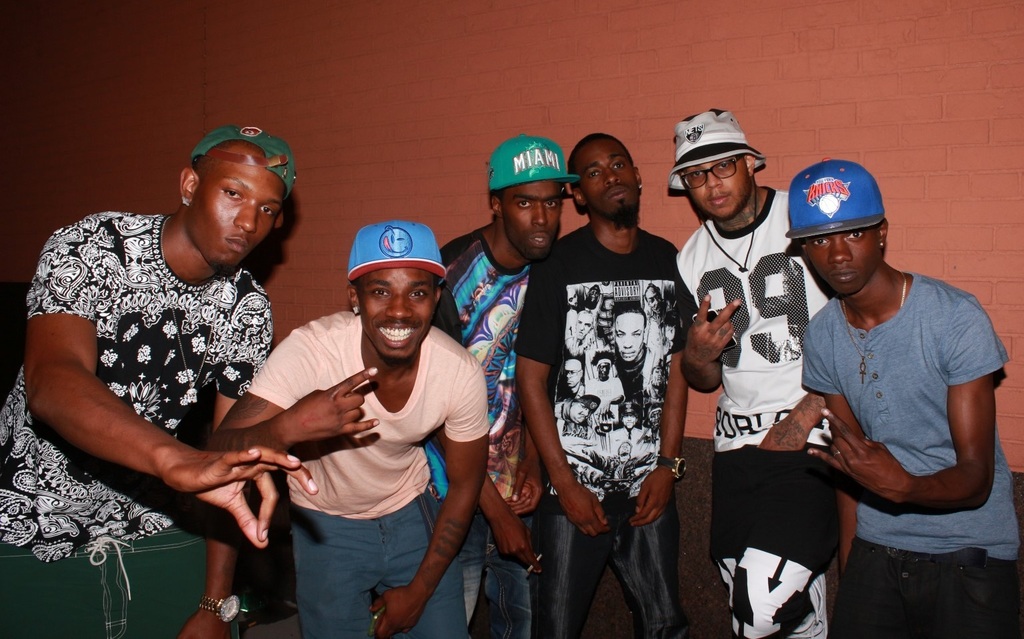